A dino with a white flag 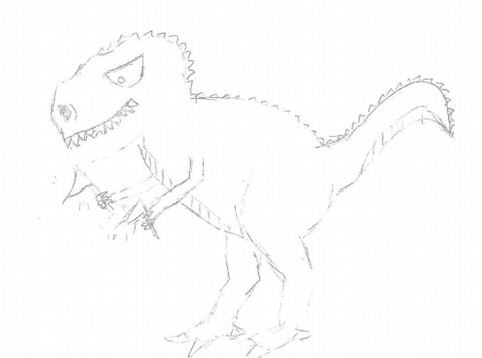 Defending trademarks often begin with sending a cease and desist letter. The other party will often respond in an angry way or just upset. Receiving a letter that is just ridiculous and hilarious in a funny way is not a reaction you would expect.

It has happened with the lawyers of Steelhead Brewing Co. They had summoned Free Tail Brewing Co. to cease the use of the name “Rex Hopasaurus” as a mark for beer. They received a remarkable letter back.

It starts with an enthusiastic beginning:

Thanks for your letter! I love hearing from and meeting people from all around the country. Since you are from XX under normal circumstances I would assume you have a beard … I do too! But, since you are a lawyer, probably you just have some expensive suits instead. Way less cool, but whatever works for you man.

The letter ends with a beautiful drawing of the Hopasaurus Rex, with a white flag. 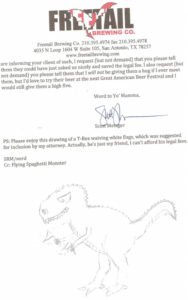