And that is a wrap 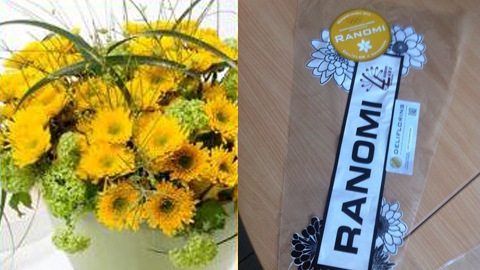 Ranomi Kromowidjojo is living the Olympic dream. With two gold medals and one silver medal the Dutch swimmer is our proud Olympic Queen.

Since May this year a flower grower grows a new breed of golden daisies named Ranomi, authorised by the swimmer. However, when last week the grower packed his daisies in a special Olympic wrapper, he was visited by the Olympic ‘trademark squad’.

The wrapper mentioned the words “London 2012” and “Olympic”, and that is forbidden. All wrappers had to be destroyed. New wrapper are being made, but are probably ready after the Olympics.

Ah well, at least “we” have the golden medal.

Of course this sort of events are an inspiration for others. Nice: