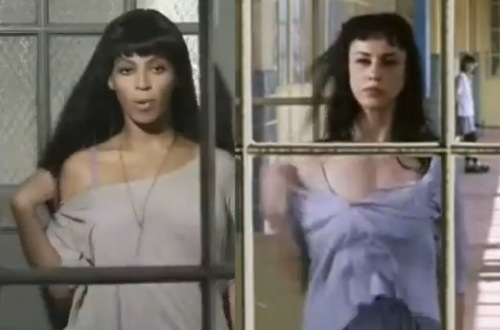 Further to our Monday’s post on Beyonce and her ‘copied dance’, Beyonce has now issued an official statement in The New York Times.

According to her, the dance Rosas dances Rosas has been one of many references for her video” Countdown: “It was one of the inspirations that was used to the look and feel of the song to life.”

Beyonce continues: “In Countdown I bring tribute to the movie Funny Face with the legendary Audrey Hepburn. My biggest inspirations are the sixties and seventies, with Brigitte Bardot, Andy Warhol, Twiggy and Diana Ross. I’ve always been fascinated by how different elements and contemporary art references used to create something unique. ”

Adria Petty, co-director of the clip, mentioned on MTV News that they Beyoncé was presented a lot of footage of contemporary European dance, for inspiration purposes. Most material was German, said Petty.

Watch parts of the video’s below, and judge for yourself. Has this been copied or (heavily) inspired by?

Meanwhile, Beyoncé vs. Rosas Studio Brussel has more than one million views on YouTube.