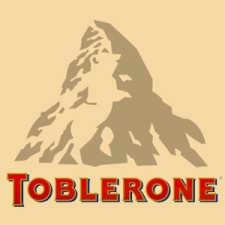 that there is a bear in the logo of Toblerone?

And that Lego comes from the Danish word Le Got that means play well. Lego also refers to the Latin verb I put it together.

More useless but funny trademarktrivia:  IKEA is an acronym for Ingvar Kamprad (the founder), the farm where he grew up (Elmtaryd) and the village (Agunnaryd) Smaland (also a well-known IKEA-term).

adidas comes from Adolf (Adi) Dassler and is an acronym as well. Later on the meaning All Day I Dream About Sports has been given as more official meaning of adidas.

Coca-Cola is a combination of the abbreviation coca (cocaine) and generic cola. Until 1903 in each glass of cola one could indeed find 9 grams of cocaine.

Finally, Marlboro is named after Great Marlborough Street, where the first factory was located (in London).