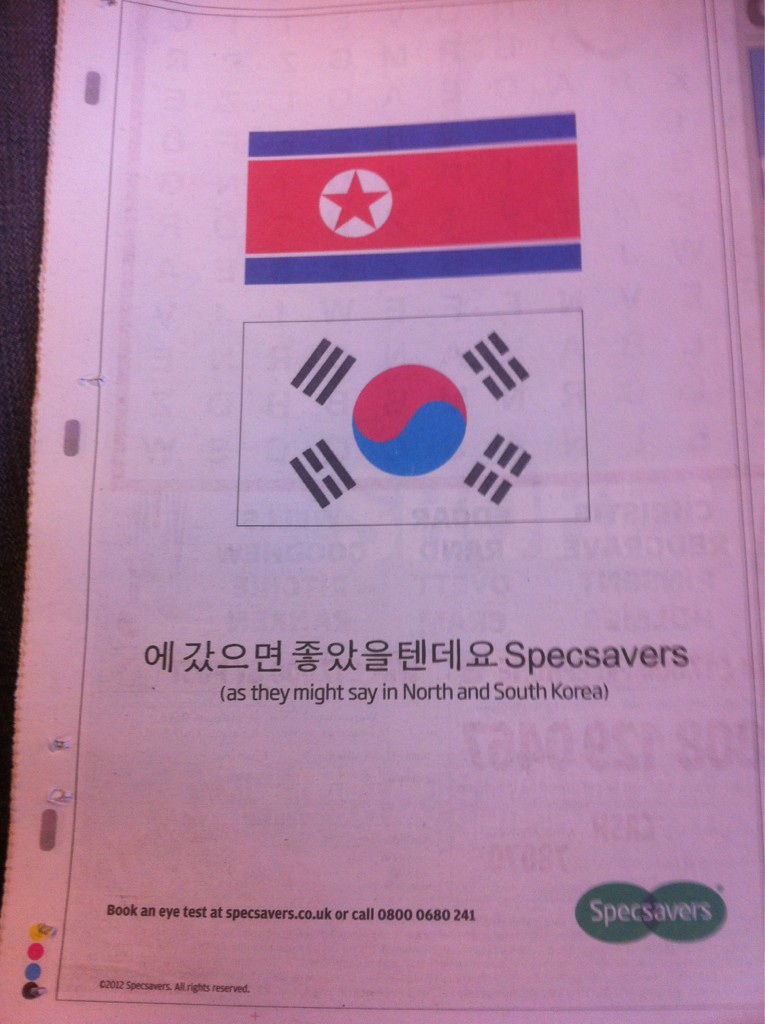 Yesterday, before the Olympic Games were even officially opened, the North Korean women soccer teams were about to play Colombia. But during the team introductions, the South Korean flag was shown next to the pictures of the North Korean players.

As North and South Korea have been living on the brink of war for many years now, this is a mistake you don’t want to make.

London 2012 officials are still trying to establish if the flag mix-up before North Korea women’s opening football match against Colombia was deliberate, as suggested by the North Korean coach.

Meanwhile, we have got our first ambush marketing action. Nice one!