The owners Hopdoddy have aimed their legal canons at HopBunz Craft Burgers & Beer. Hopdoddy states that the owners of HopBunz took pictures and notes of Hopdoddy to recreate a similar restaurant.

HopBunz is confusing burger lovers in Tulsa, Oklahoma where there are two Hopbunz locations, says Hopdoddy. Although Hopdoddy has no restaurant in Oklahoma yet, since opening in Austin, Texas in 2010, they have expanded to seven restaurants in three states.

Hopdoddy’s Facebook page mentions cases of actual confusion: “Do you also own Hopdoddys? I love that place. thank you for bringing it here and not changing the menu!”, says one customer.

The “they-copied-our-concept-story” has even more to it: allegedly one of the HopBunz owners, approached Hopdoddy in March 2014 about possibly opening a Hopdoddy franchise, but was declined. HopBunz  opened shortly after.

Next on the menu: a court case. To be continued… 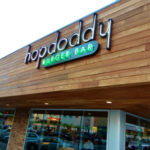 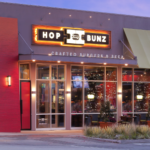