Is a British pheasant a pigeon? 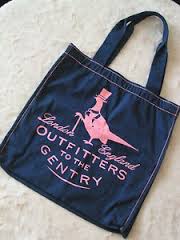 Jack Wills and department store House of Fraser are disputing over the use of a bird logo.

Jack Wills is a mid-range British clothing brand, aimed at university students. House of Fraser is a British department store group with over 60 stores across the United Kingdom and Ireland.

The Jack Wills’ company logo features a silhouette of a pheasant with a top hat and cane. Very British.

In 2014 JW will seek to recover more than £25,000 from HoF in damages. According to JW, House of Fraser’s “Linea range” is likely to cause confusion and to deceive members of the public into believing the goods marked with the logo are the goods of or are goods connected with Jack Wills”. Why? Because the logo of this range of clothing features a pigeon wearing a hat. Yes, a pigeon, instead of a pheasant. And without the cane.

HoF, of course, claims consumers are able to sufficiently distinguish between the numerous bird marks or logos.

In 2014 the UK High Court will have to tell if a hatted pheasant with a cane is confusingly similar to a un-caned hatted pigeon. MarkMatters.com can’t wait to read this ruling.