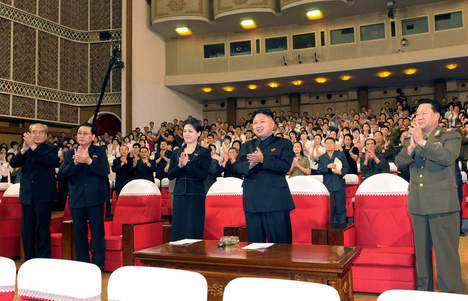 The king is dead. Long live the king! In North-Korea the people have barely dealt with the loss of their Great Leader Kim Jong Il (see this great website of Kim Jong Il ‘looking at things’).

The New Leader, his son Kim Jung Un was treated to a true feast: a performance by Mickey Mouse, Winnie the Pooh and other Disney characters, dancing “Snow White, “Dumbo”, “Beauty and the Beast” and other famous Disney movies.

This show, that included new wardrobes like little black dresses and strapless gowns, are in true contrast with Kim Jung Il’s shows: synchronized dance and gymnastics shows that sometimes involved up to 100,000 people.

However, according to Zenia Mucha, chief spokesperson for The Walt Disney Co., the use of Disney characters in the North Korean performance was not authorized.

The show is said to put together by Kim himself, who has sought to project an image of youth, vitality and modernity. What better than to choose Disney!

This must be the start of new era in North Korea. First Disney. But undoubtedly soon followed by The Teenage Mutant Ninja Turtles, Inspector Gadget, The A-Team and MacGyver.

We all better read up on our North Korean IP law. 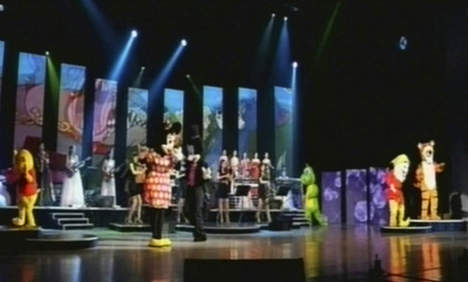