King for a day Curryking 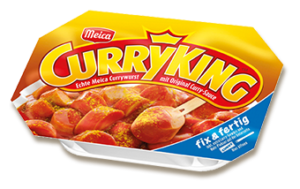 King, of course a good word in a trademark. You automatically suggest something big and great. Recently King played a role in some food decisions regarding European Union trademarks.

Against the other products, the plaintiff bases its claim on the trademark Curry King, but with no success. The remaining products are not similar, despite of the argument that there are some recipes that combine pasta and curry (we do not know them actually).

Same plaintiff wins again in an other King case, this time against Veggie King (yes, the word King is very popular). The trademark King was successful against a large part of the products, also the objection based on Curry King is successful for the remaining products in the specification of Veggie King. Veggie and Curry are different words but the overall impression is similar. Still, it is all food!