Let’s get ready to rumble 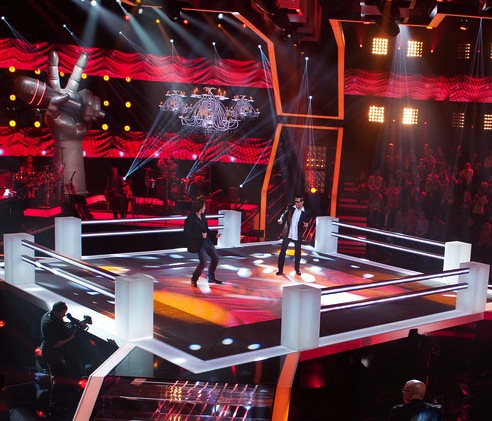 The Voice. An amazing talent show hit. Made in Holland. Distributed world wide. But now the show may be faced with a law suit over the catchphrase “Let’s get ready to rumble”.

The talent show The Voice is different than all other talent shows out there. For one, it is all about the voice. Not about appearance, stage presence or good looks, because the judges can’t actually see the candidates. Only if they believe in their singing talent, they hit a button and their chair turns. After the auditions, the four judges have a team of vocalists.

The second round is called “The Battles”. In a boxing ring, two candidates are doing a sing-off.

Just before each ‘Battle-episode’ the presenter shouts “Let’s get ready to rumble!”. Cool, right? Well, not according to Michael Buffer.

Buffer is an American ring announcer for boxing and professional wrestling matches. He is known for his trademarked catchphrase “Let’s get ready to rumble!” and for pioneering a distinct announcing style in which he rolls certain letters and adds other inflections to a fighter’s name. Buffer is vigorously sueing anyone that uses his – alleged – copyrighted catchphrase.

Let’s see who is going to win this fight. The announcer or the incredible large production firm.