One of the most fascinating issues in trademark law is the question whether or not a mark is distinctive. A question that has resulted in a large amount of case law.

While this question merely handled the wordmarks as well as non-traditional trademarks, recent years more and more device marks were refused as well in the EU.

This is due to a changed policy in the acceptance of device marks: device elements can be descriptive as well. In cases where a word is also descriptive, the whole logo will be refused when the device elements are quite common graphic elements or describe the products or services.


For example, the logos below were recently refused by EUIPO. The words are descriptive, and the figurative elements were seen as usual/descriptive as well.


Finally, some trademarks are just not capable of being a trademark at all. For example, very simply descriptive words or very complicated words. And the sign ® which means that a sign is a registered trademark. This mark was irrevocably refused as well. 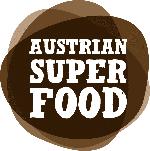