The (in)famous Hells Angels are suing 8732 Apparel and Dillard’s Inc. in US federal court. They claim that their famous skull-with-wings logo is being used without permission.

The logo, also known as the Hells Angels Death Head, is used on a clothing line of 8732 Apparel. The hats, shirts and vests with the design that is “confusingly similar”, according to the Hells Angels’ attorney. According the motor club, the defendants seek to exploit the “great commercial value” of the designs for their own gain.

According to their attorney, the Hells Angels Motorcycle Corp., is a “nonprofit mutual benefit corporation“, that has consistently used a design mark consisting of the Hells Angels Death Head and the words “Hells Angels” in a distinctive arrangement known as the “HAMC” patch design, which is used to indicate active membership.

Let’s see how this goes, although MarkMatters.com has a pretty good idea. It is usually not recommended to mess with this “nonprofit mutual benefit corporation“, legally or otherwise  (see also our earlier post). 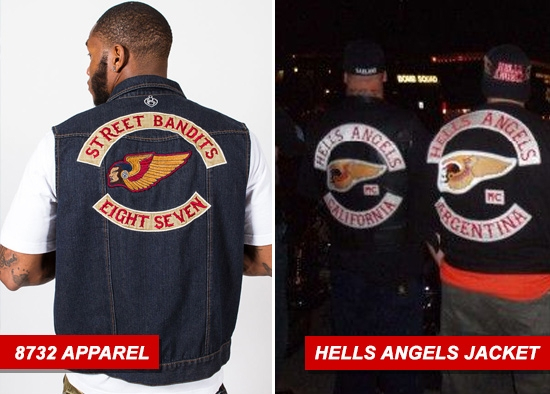