Samsung has a tendency to follow Apple; we have posted examples of this before (here, here and here). But it’s not only about products, Samsung’s ads are also… well, inspired by Apple.

Undoubtedly Samsung has beaten Apple to the market with a smart watch: the ‘Samsung Gear’.

To promote the Gear, the Korean company has launched an ad that – according to critics – is more impressive than the watch itself. What’s even more impressive is that the 2013 ad shows a remarkable resemblance with the first iPhone commercial from 2007. 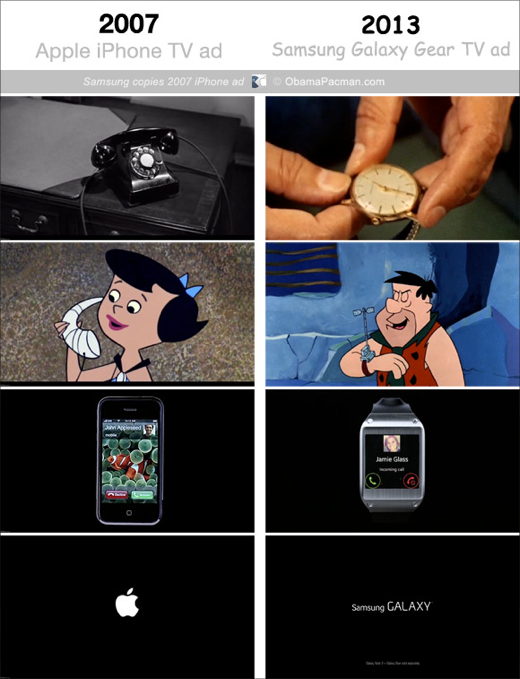