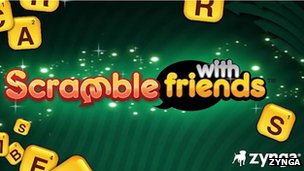 Zynga’s Scramble With Friends word game for mobile devices is not confusingly similar to Mattel’s  famous Scrabble, a High Court has ruled. Mattel was of the opinion that Zynga’s use of the word “Scramble” for a word game, was too close to their trademarked word “Scrabble”. Zynga is the company behind of the online gaming hit Farmville.

Although the court ruled that the logo has to be changed – “the curly letter M in the logo gives the impression that the word is Scrabble when one looks at it quickly and has the propensity to confuse” – the name ‘Scramble’ is not said to confuse consumers.

Mattel said it intends to appeal the decision, as one of their big brands (besides Barbie, Hot Wheels and Fisher-Price) is diluting.

In appeal, Mattel will definitely try to get the court to rule that Zynga has to change the name “Scramble” to something, well… less Scrabble-like. We are curious who is going to win this battle of words, Matter or Zynga (triple word score, anyone?).