The organisers of the 2020 Tokyo Olympics hastily dropped the official logo for the Olympic Games, after being accused of plagiarism.

The logo was unveiled in July and was already used in branding campaigns by the organising committee and some of the major sponsors of the event. But now a Belgian designer says it is a blatant copy of one of his earlier designs.

Designer Olivier Debie claims that the logo by Kenjiro Sano for the 2020 Olympics, bears a striking resemblance to a design that he created in 2011 for the Theatre de Liege. Debie meanwhile filed a lawsuit against the International Olympic Committee and the Japanese organisers, demanding they cease all use of the infringing logo.

Initially, Sano denied copying the design, and the organisers announced that they believed the two designs were “completely different”. But suddenly this changed: “We have judged that it is appropriate to withdraw the emblem and begin developing new ones in order to resolve the current situation”, said Toshiro Muto, General Director of the Tokyo 2020 organising committee.

Yoichi Masuzoe, the governor of Tokyo, took it a step further even: “I want Mr. Sano to provide an explanation. I feel we have been betrayed”.

Sano and his company have yet declined to comment on the case. 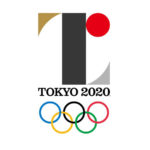 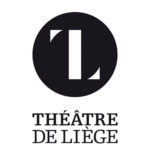