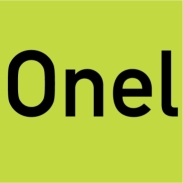 Advocate General Sharpston begins with an enumeration of the legal context. Then it gets excited.

First of all, use in one country is not per definition sufficient or insufficient (par. 39). This means the end of the current Ohim policy.

Sharpston believes that crossing geographic borders is no independent requirement in respect to the use of an European trademark (par. 48). Borders are not relevant in the assessment of use.

Geographical use (and is) one of the factors involved in determining whether use is sufficient. According to Sharpston the national court must consider all instances of use in the internal market, which obviously include those in the Netherlands, and give weight to each use against the background of the particular characteristics of the market and the market share of the proprietor in that market. If the national court finds, for example, that the internal market for the services covered by ‘ONEL’ is particularly concentrated in the Netherlands and possibly in surrounding areas, use of the mark in only the Netherlands may be given particular weight. At the same time, the national court must widen its examination so as to include forms of use that may not be relevant in assessing genuine use of a Netherlands national trade mark such as, for example, uses of the Community trade mark that make the services known in a commercially meaningful manner to potential customers outside the Netherlands (par. 57).

While country borders do not play a role in in the assessment, use can of course coincide with national borders (par. 55).

MarkMatters.com believes that a conclusion could be that in the event use took place in Malta this use will not be held sufficient, while use in Germany will (and vice versa). This depends on the type of product sold and the market place. The evaluation of geographic intensity of use of a European trademark can be different for mass products than niche products.

Advocat Sharpston answers the questions asked by the Dutch Court of Justice as follows:

Genuine use in the Community within the meaning of Article 15(1) of Regulation No 207/2009 is use that, when account is taken of the particular characteristics of the relevant market, is sufficient to maintain or create market share in that market for the goods and services covered by the Community trade mark.