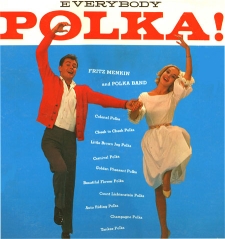 Can you still earn money with polka (the Czech folk dance)? Yes you can! A composer was awarded 25.000 dollar in a copyright infringement case against his ex-wife and her second husband.

Ray Rubenzer, let’s call him the Polka Boy, claimed that his copyright of his song “Yodelin’ Boy Polka” was infringed by the song “C’mon and Sing” composed his former wife with the Top Notchmen, her husband’s band.

The Polka Boy started a lawsuit and asserted that he and his former wife used to perform with his band and sang “Yodelin’ Polka Boy” on numerous occasions.

It did not come to a verdict, the judge approved a consent agreement in which the ex-wife and her husband declared to pay the Polka Boy 25.000 dollars and to deliver him all the copies of “C’mon and sing”.  For now, everybody Polka!