Fireball Cinnamon Whisky is suing a North Carolina brewery over a “confusingly similar” label for the next upcoming thing: cinnamon whisky.

The US is seeing a dramatic growth of cinnamon-flavored liqueurs across. Fireball’s label features a red, dragon-like creature, while Fire Flask, a malt beverage introduced in June, displays a glaring red devil in front of two pitchforks.

“On information and belief, defendant chose its Fire Flask mark and packaging to exploit and trade on the longstanding goodwill, reputation, and success of Sazerac’s Fireball product and to create a likelihood of consumer confusion in the marketplace.“, Sazerac attorneys state.

Fireball has sued other cinnamon whisky producers before, in an attempt to keep its trade dress unique and exclusive. 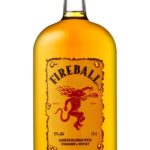 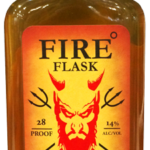