Ukraine goes down the toilet 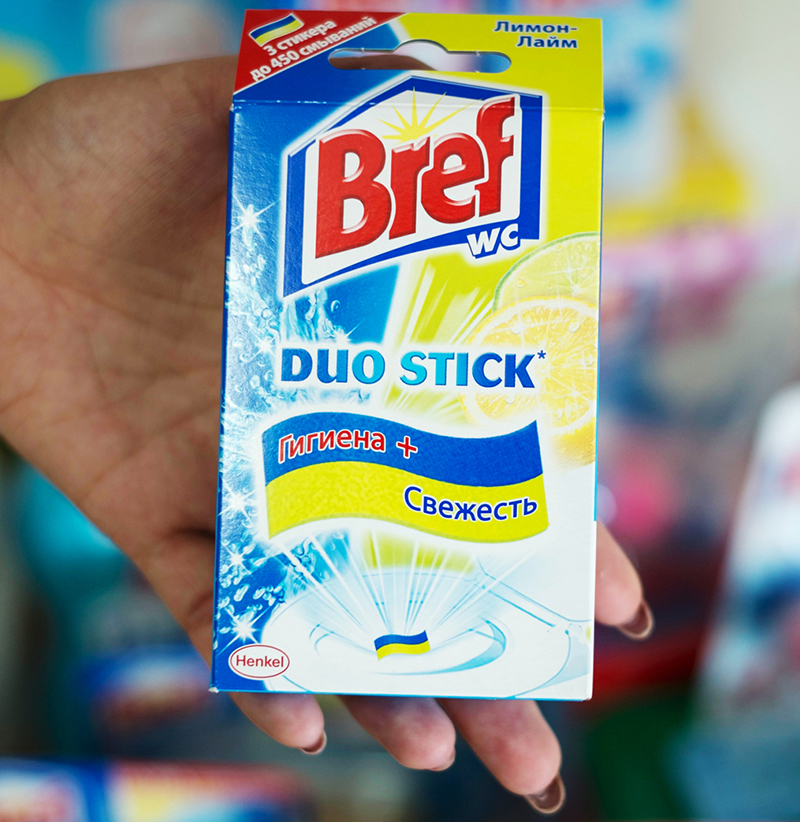 German company Henkel has taken a toilet bowl freshener off the market in Eastern Europe, after a commercial raged Ukrainian people. The freshener strongly resembled the Ukrainian national flag.

The commercial for the “Bref Duo Stick” quickly went viral after it appeared on Russian television, which is watched by many Ukrainians. The ad shows a yellow and blue gel preparation, that sticks to the inside of a toilet bowl. After the toilet flushes, a pleasant odor is released.

“We were never meant to insult Ukraine”, a Henkel company spokesperson said. The color merely stand for hygiene (blue) and citrus (yellow). They product had not yet been released on the Ukrainian market.

And another great marketing gimmick down the toilet.