Bacardi’s new ad campaign shows the brand’s resilience. Resilience that it will need, as one of its competitors, The Wild Geese, is not amused.

“Untameable”, the new ad campaign is called. The Bacardi family has suffered fire, wars, uprises and whatnot. But the brand is still very much alive, since 1862.

Andre Levy, maker of The Wild Geese, a small independently-owned brand of Irish whiskey, was unpleasantly surprised when he first saw the commercial. Levy says the word is too close to The Wild Geese’s “Untamed” slogan. A slogan that has been in use since 2012. Levy has filed a complaint against Bacardi with the U.S. Patent and Trademark Office over its new ad campaign name. He has even created a website, Bacardi-Controversial, that slams Bacardi for its use of a similar word in its new ad campaign.

On the site, Levy says that Wild Geese trademarked “Untamed” in the U.S. in 2011. Levy even goes as far as to say he is standing up for all small businesses who he says always lose intellectual property rights to big businesses.

According to Levy the term “Untamed” is synonymous with Wild Geese whiskey. To lose that identity by having a bigger company simply take it over, represents a loss of years of hard work and money.

Can Bacardi overcome this hurdle as well? We are very curious where this goes, and if Bacardi is indeed: “Untameable”. 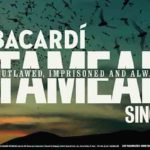 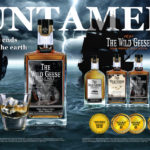