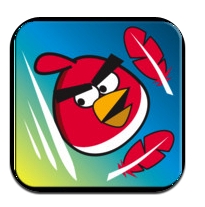 There is nothing wrong with inspiration, everybody get inspired by others, that is one of the reasons to go to museums or walk through New York. However, when inspiration becomes copying this is a sad thing. Be at least a bit original!

This is what MarkMatters.com would say to Solverlabs, the company behind Cut the Birds. This game recently appeared in the App Store of Apple. The aim of the game of to “slice and dice your way through waves of “aggressive” birds before they crack your device’s screen”.

The bird (left) and the concept of the game, where did we see it before? Well, you do not have to be in the age of 8-18 to answer this question: Angry Birds (bird hereunder), and the pro would say: with a sent of Fruit Ninja. 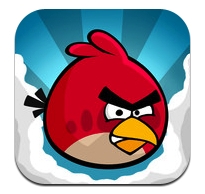