Skip to content
Home/Geen onderdeel van een categorie/What a job!
What a job! 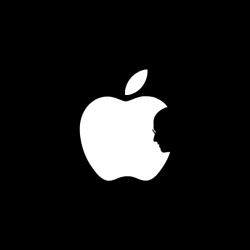 Soon after the death of Steve Jobs a Hong Kong student made a tribute logo (left). The silhouette has been placed in the Apple logo instead of the bite. In several hours, this logo had become an iconic picture with worldwide attention. Of course, merchandise with this logo started immediately.

Was this idea new? Some doubt this. For example, the below picture (left) is originating from the 2004 Worldwide Developers Conference in San Francisco and looks familiar.  An other familiar logo has been made by Chris Thornley (the photo below right). Anyway, this discussion urged the student to post an official statement.

MarkMatters.com believes that in the current world of internet and programs such as Adobe Illustrator that facilitates anybody to create things, certain ideas can arise twice, and this without being blatant copies.